When it comes to music Sheffield has a strong foundation. Well-known bands based in the city include Arctic Monkeys, Pulp, The Human League, Def Leppard and Bring Me The Horizon, whilst at the same time Sheffield has a flourishing underground dance music community. With a broad base of strong musicianship, and with strong promoters of live events, it is not a surprise that Sheffield is able to host several music events and concerts, with music from all genres open to all. Here we look at some of the Sheffield music events not to be missed. 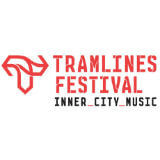 Tramlines is Sheffield’s biggest city music festival taking place at the Hillsborough Park in 2018, where up to 100,000 people will be watching world class music events across 4 stages. The line-up will be released on 5 March 2018. Tickets are being sold in three tiers with the first and second tier sold out within days. 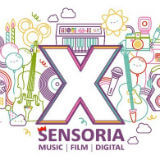 Taking place each autumn, Sensoria is the UK's festival of music, film and digital media at venues across Sheffield city. The festival is innovative, informative and informal. Here you will hear an eclectic programme of concerts since Sensoria aims to inspire and encourage mavericks and pioneers to get their music heard. Sensoria has also created the Sheffield Music Map app which features a range of locations, venues and sites of interest related to Sheffield's rich music scene, past and present.

Started in 2008, Sensoria has attracted multiple award-winning professionals from all over the world. Guests have included Bill Drummond, Jarvis Cocker, Nitin Sawhney, Richard Hawley, Mark Kermode and many more. 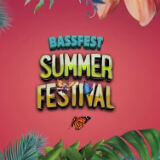 Hosted by the Baseline Festival, Bassfest is an all-day outdoor festival in August at Sheffield Parkway for 2018. There will be 5 vast stages and more than 100 artists. The line up for 2018 is being released on Thursday, 8 March.

Musical commentators have observed something of a revival of the bassline genre in 2017, with the increasing popularity of the Bassfest festival and the emergence of new producers pursuing a sub-bass driven style. 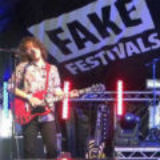 Six of the best UK tribute bands perform at Fake Festivals which take place at a number of locations, one of which is Sheffield. The aim is to provide a wide audience with professional touring artists who bring a summer music festival experience with songs that are well known. The Fake Festival provides an opportunity for families to enjoy a day of live music in a local venue. Outside the marquee, which has the stage, PA and lighting system, is additional entertainment and food stands. Each event also includes toilets and security so that everyone is able to enjoy the day. Children 0-9 have free admission. 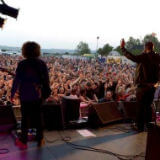 Also known as the Mos Fest, this ‘People’s Festival’ or ‘Festival with a Heart’ grew out of a fundraising event in 2010 at the Mosborough Miners Club. It was so successful that the event has been repeated each year and since 2017 takes place at the Don Valley Bowl. 2018 headliners include Bad Manners, The Pigeon Detectives, The Christians, Ferocious Dog, Tom Hingleys Kar-Pets and Twisted Wheel. 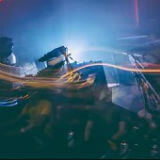 No Bounds is destined to become a vital addition to the UK festival calendar, with a programme that brings together dark techno and electro, cutting-edge experimental music and more. Taking place over three days in October, the main venue is at Hope Works, Sheffield with seven other venues included providing more than 12 stages. The 2018 line-up has yet to be announced. No Bounds Festival 2017 featured Jeff Mills, Deadbeat, Steevio, Terre Thaemlitz, Saoirse, Mr G, Chris Duckenfield and dozens more.